The mottled orange face of the alien sun loomed large in the viewscreen. Sweating bullets and gasping for breath, Dashiell pressed his browline glasses back up his nose. Blood dripped from the clawmark across his chest. “Just a scratch.”

Leaning against the cryogenic conduit to cool himself, Dashiell checked his .38 revolver. “One bullet left.”

With a crash, the hatch deformed visibly, struck by some awesome force. “I may be a washed-up pulp writer,” he shouted, “but I’m a fighter.” Razor claws forced the hatch open. Dash took aim as the reptilian entered. “Somehow I’ll get back to Earth. Then I’ll let everyone know aliens are real.”

The quadrupedal alien approached deliberately, licking its lips. He backed away. “They say write what you know. Want to hear the title of Dashiell Pendragon’s next bestseller?”

The creature lunged at him, seeming to soar through the air. Leaping aside, Dash took aim and squeezed the trigger. The bullet whizzed past the reptilian’s crested head, striking the cryogenic conduit.

As liquid oxygen gushed onto the scaly beast, it writhed in pain. Dashiell covered his ears to muffle its death shriek.

When it fell silent, Dashiell prodded the lifeless alien’s face with the muzzle of his revolver. “Slaying the Dragon.”

Written for Flash! Friday vol. 3-10. The prompt is to include a gladiator, along with this photo prompt by Kerri Lee Smith. 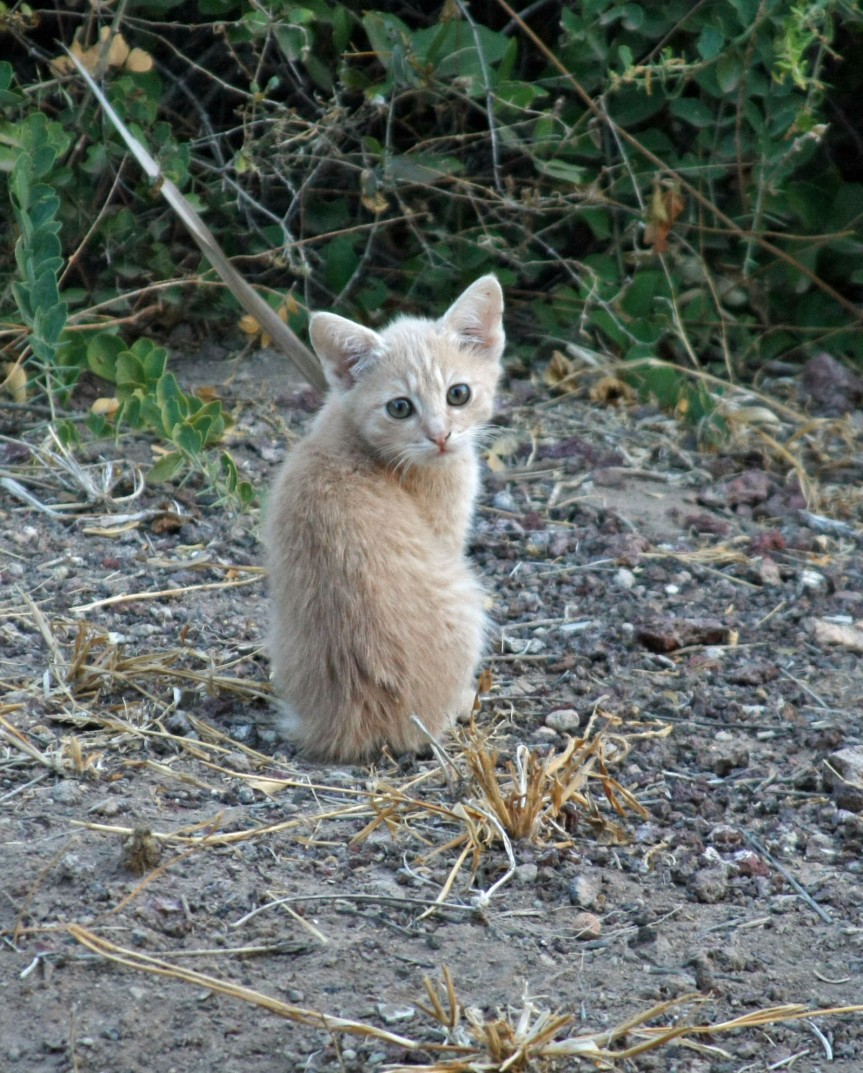 As the next combatant enters the arena, I am struck by our similarities. Gladiators both, outsiders to this society, condemned to fight tooth and claw for the spectators’ amusement.

This one is fresh meat: not already bruised and bloodied like the last one. Even as the crowd cheers this spectacle of Roman strength, I sigh with ennui. His trial by combat begins. I toy halfheartedly with this morsel of a man. He flees, I pounce.

Their whole society has become softer than the fuzz on a kitten’s belly. Soon this civilization will fall, the arena will crumble to dust. The pattern is timeless as the dragons of legend.

From the Imperial box seats, Caligula’s bizarre antics distract me momentarily. My opponent swings his gladius at me. I leap back and grin: kitty has claws! But I see desperation in his eyes. He knows the end is near.

Whether it’s bread and circuses, or Kardashians and cat pictures, civilizations grow decadent and rot like meat. I’ve seen it before, I’m seeing it now, I know I’ll see it again. Men fall into a dark age of superstition. They rush through their insignificant lives, afraid that dragons lurk in all the unseen places.

An entry for the first Flash! Friday contest of 2015. The image prompt this week was from Daniel Teoli, Jr..

The valiant knight-errant watched sadly from afar. In this urban forest of gray and drab, he had found no fellow chevalier. Instead, he espied his foes.

“I am Sir Gwillym, born of the Red Dragon,” he had earlier proclaimed, clad in stunning aluminum armor. His fair-skinned brethren treated him with contempt, taunting relentlessly and calling him by epithets he was ashamed to repeat. “The Black Knight!” one mocked. His heart sank: he did not wish to be the black Galahad, but simply to be Galahad.

After such heartbreak, he dared not face them again. Discarding foil armor and cardboard sword, William slunk back to his bedroom overlooking a 4th Street discotheque, concealing his glistening cheeks and red eyes.

“I am a knight!” the lad sobbed into his pillow. “Born of the Red Dragon!” And he knew his heart need be of a dragon, for what mere mortal could walk unscathed through the fiery scorn of such a society?

Written for Flash! Friday vol. 3-3. This week’s prompt was this image by IQRemix.

His eyes aglow behind the mask, young Long rushed breathlessly toward the celebration. Since time immemorial, the Fire People had celebrated the Blood Moon Festival with the brightly hued masks of their vanquished foes.

How sad that the Draco are gone, thought Long as he circled the bonfire. Flames leapt skyward as masked revelers danced around it. So alien, yet so noble.

Though little was known about them, Long had spent many a lonely hour in the library, poring over frightening legends and imagining the stories of the planet’s aboriginal inhabitants.

I understand them better than anyone. Fiery. Passionate. Nearby, a lovely woman in a bright orange mask danced, swaying in rhythm to the music of the band.

Long pressed his feathered mask to his face. Uncertainty left him like smoke in the wind. With a confidence wholly alien to the meek young boy, a bold Draco warrior approached the woman and asked her to dance.

Written for Flashversary. This week’s writing prompt was simply the image shown.

Four tours of duty in that godforsaken desert hadn’t killed me, but this was a total Charlie Foxtrot. My platoon was dead, my rifle was out of ammo, and now flames from the city surrounded the baroque cathedral where I was holed up.

I raised my canteen to fallen friends. “Don’t storm the gates of Hell without me.” But when I lifted it to my lips, only steam poured out. I basted in my own sweat: this place was an oven.

Just the way the dragon planned it.

Another unholy roar rattled the great stone walls. Outside the broken window, the beast flapped its wings. Upon seeing me, it licked its scaly lips.

I stared back, into the creature’s yellow eyes. “Tonight you’ll work for your dinner.” Clutching my bayonet, I sprinted for the window and leapt. Stained glass fragments shattered against me as I flew through the air.